What happened to 8th grade graduations?

Seriously...what happened to them? My daughter graduated from the 8th grade recently. We went and were so proud to watch her. Sat through the choir, and then all the awards, and then nothing. 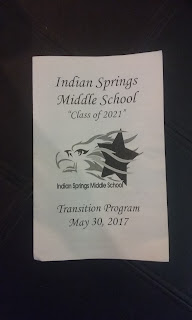 They said the graduation was over. Seriously? They couldn't even call the names and give them a small moment??

I graduated from the same school, The very first year it was built. Yes, that was many, many years ago so I know my example may be outdated, but hear me out.

Actually first, let me say, I am NOT one of those parents who think we need to hand out particapation trophies for everything to everyone.

With that said, we at least got a piece of paper saying we graduated, with our name. Would that be so hard? Some of those kids may have had an extremley hard time getting through school.

I'm not the only parent who expressed this opinion either. As we were sitting there, waiting for our kids to get their stuff from their lockers, the snickers and rumblings about it being a waste of time were heard.

I'm not trying to throw shade on the kids who won awards, I just think they could have thrown an awards dinner for those kids and anyone else who wanted to go. 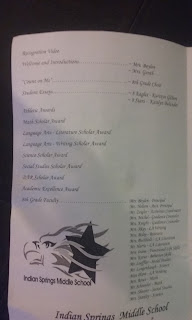 I'm not a party pooper, Ii just remember how awesome it was to have that little moment in front of everyone and it makes you realize what you accomplished.

What do you guys think? Am I justified or not? What was your graduation like? As always, thank you so much for reading!
Posted by Hunka Hunka Burning Reviews at 8:23 PM