My hubby loves to ride his bike..well he kind of has to since we don't have a vehicle right now. So of course we have to find the right fit for him light wise. He is actually pretty picky. The rechargeable ones are probably his favorite. I have to say I also like not having to replace batteries all the time. 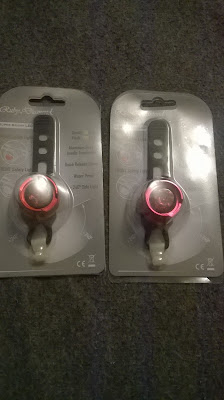 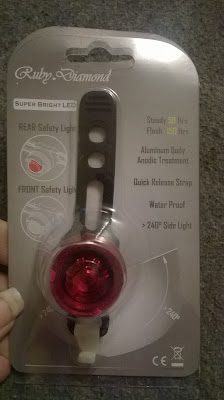 These are different though, You can use these again with a new battery but, I think we will just get rid of them after the battery is used up. I say that because, these will last a long time on one battery and by then he will have found a new favorite to display. 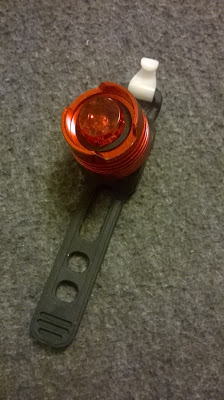 These are like the usual tail lights, a nice red color that really pops whether the light is on or not, the band that goes around the frame of the bike holding the light in place, etc I have seen it all done before. So something has to stand out..I hope. 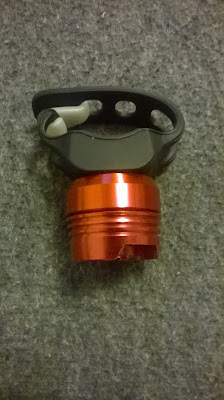 I think what stood out the most to me, was the fact that they are pretty bright. I love the different modes and how much easier they were to hook on to the bike. Most seem simple but they just don't stretch out and around like this one did. 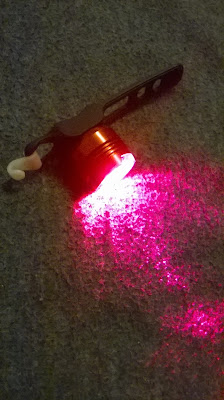 It has been used for two weeks now and the light hasn't dimmed, it still looks brand new. I think it should work to keep him safe on his bike, even at night. If you need something to keep your bike safe, then head on over to the LED Bike Tail Light product page on Amazon.

From there you can find out more about these lights, see what other people are saying about them, and you can pick them up for your bike and your families bikes to make sure everyone stays safe, which is the most important thing!

I received this product at a discount in exchange for my honest review.