When you have a party, a balloon is a staple. At least for my parties anyway. You can do a lot of decorating with them and even fun door games and other things. The only problem is they are so plain, to buy them in bulk. You could draw on each of them but that would take up a lot more time then just blowing them up or spending more money. I just can't justify spending so much for things that will be popped. 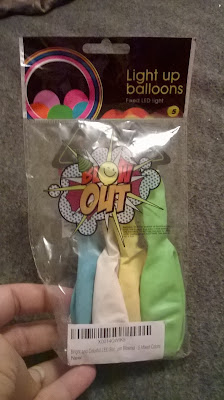 These balloons though, I can really see them making a splash at a party. They are light up so you don't have to worry about them being really boring to people. Plus you can do a lot with them. If you have a pool or a pond, you can throw them in and they should float on the top all lit up which would make a beautiful backdrop for your party. 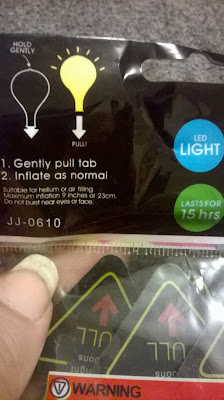 On the package they say they last for 15 hours, on the Amazon listing it says they last for 18. I don't know about all of them, but I did use one just to review it and it was really easy to do, it even tied pretty easily as well. After I blew it up, I left it. I only touched it to take pictures. After 6 days it was still lit up, just barely, but I count that and after 2 weeks it finally "died" or lost all the air inside. So I am not sure on their timeline, maybe I just got a fluke of nature. 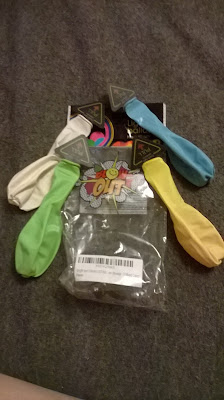 All in all I think that these are the perfect balloons for a party or just a get together with friends. Especially if you are going to have low light, because then you will be able to see them a lot better. You can still see them in light, but you don't catch how cool they are. To me I think that adults and kids alike will love these balloons! 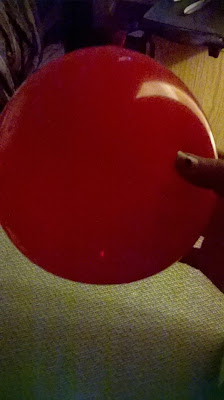 Head on over to the Blowout Party LED Balloons product page on Amazon. From there, you can find out more about these balloons, see what other people are saying about them as well, and you can pick up a pack for your next party or outing!

I received this product at a discount in exchange for my honest review.