My husband goes out riding his bike at night sometimes. His bike was stolen earlier this year, but we managed to get it back after a few weeks. The first thing we noticed, was the fact that the headlight and tail light set that was attached to the bike was missing. At first I was happy to have the bike back and then I got pissed that they took the set because it was the best set we have ever used. 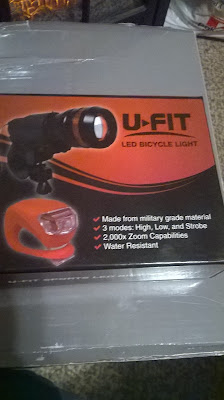 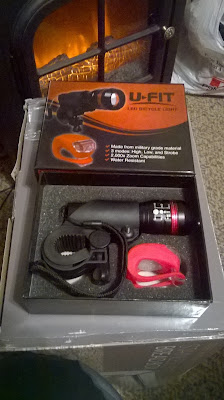 That was until I got this one. The other was a lot like this one, but not nearly as nice. It all seems to be put together really well. The materials used seem to be top notch. The lines flow well with his bike. Every part of this set was crafted well and with care and you can really tell that by not only the look, but by how well they operate. 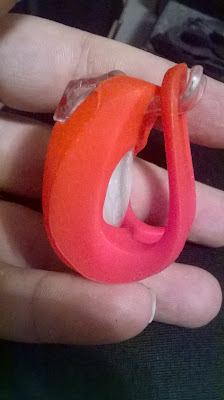 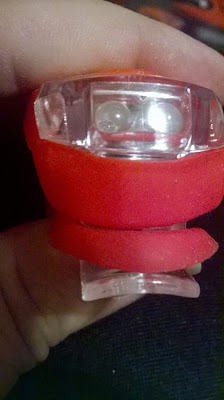 The headlight, is awesome. It looks and can be used as a flashlight. It slides out o the mounting bracket with a bit of effort. Obviously it fits tightly so that it doesn't come flying out while you are riding your bike. It is not too small but not huge either. 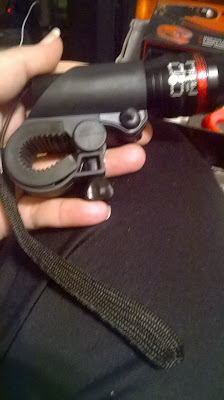 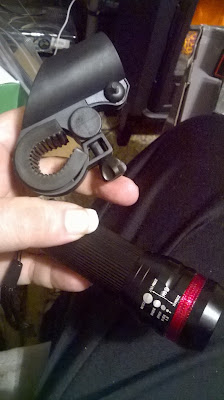 It fits in my hand and on his bike really well. I love that the bracket has small teeth looking notches in it, so it won't scratch the bike at all. Plus it doesn't get in the way whether in the middle or off to the side. With 3 settings High, Low, and strobe, this will get you to where you are going, safely. The zoom on this is also a nice effect especially when using it as a flashlight. 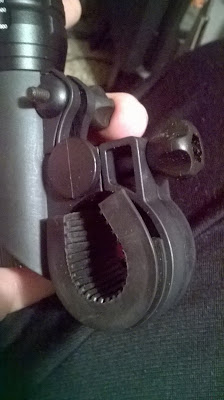 The tail light, has a rubber or silicone shell to it. It is a pretty bright red, so if you aren't one who likes red, this may clash with you. The mounting of it is more simple then the headlight. All you have to do, is undo the rubber, wrap it around the spot you want it and reattach the rubber to complete it and you are good to go. It also lights up really well with different settings and can see from a good distance. 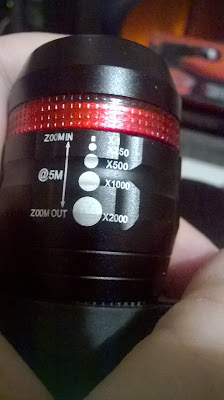 The head light does need 3 AAA batteries that aren't included. I chose to use rechargeable batteries so that it doesn't get too expensive to keep the light on when it is needed. The tail light has a round flat battery in it already, which I hope lasts a long time, because those batteries can be a bit pricey. 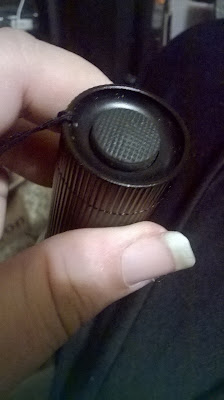 All in all, i think this is a great set. It works really well and you can be seen from a good distance, hopefully keeping you safe when you're riding your bike at night. I think this would be great for kids, adults, and anyone else who rides a bike either at night, or close to sundown when vision could be impaired. 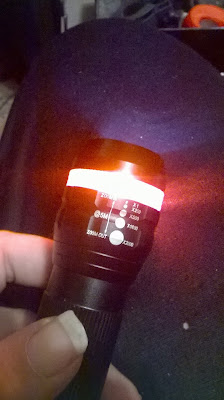 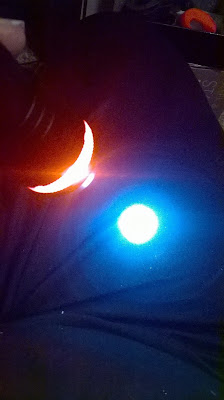 Head on over to the U-Fit Bicycle Light Set product page on Amazon. From there you can find out more about this set, see what other people are saying about it, and you can pick up a set for yourself or someone you love and want to keep safe!