I never really cared about this symbol until my dad died. When that happened it took on a whole new meaning to me. I realized what it really meant and how near and dear to my heart it could be. I became so obsessed with it that I have bought lots of different things just because they have this symbol on it. It really comforts me. 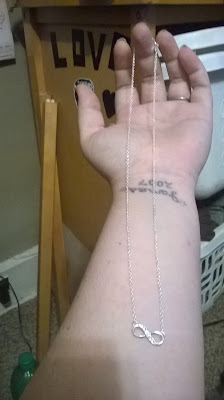 I have to say that they did this beautifully. The symbol is prominent and it looks really good. The CZ stones line the middle of it. The way they placed them is great. It is so much better looking then if they had tried to line the whole symbol with them. They sparkle and shine and look just like the real thing. 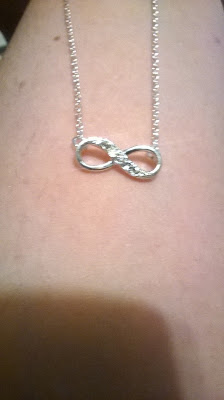 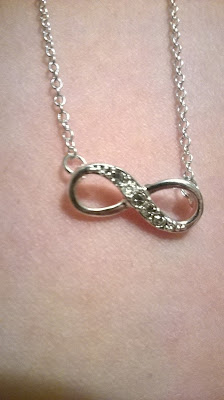 Most necklaces forget the chain. They put all the effort and time into the center piece of the necklace. Meaning they often use cheap chains that break within a few uses and sometimes even on the first use. This chain is pretty nice though. I have been wearing this necklace since I got it..haven't taken it off even to sleep or showers to be exact and the chain is still holding tough. 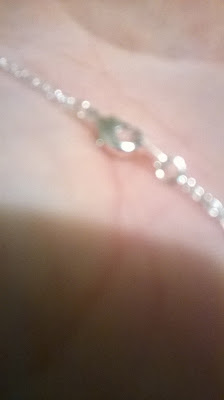 It connects in the back though, so it does make it a bit difficult to keep it on the right side while you are wearing it. The chain is also a bit shorter so it doesn't hang too far down but it also isn't a choker either. I think it falls in just the right spot on my neck so it can always be seen no matter what shirt I am wearing. I have to say, I love it! 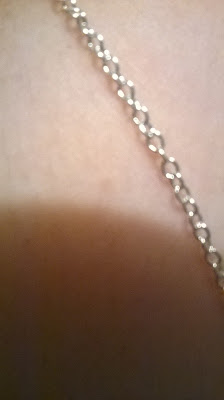 Head on over to the Rosa Vila Boutique--CZ Silver Infinity Necklace product page on Amazon. From there you can find out more about this necklace, see what other people are saying about it, and you can pick one up for yourself. It would also make a great gift for a special person in your life!

I received this product in exchange for my honest and unbiased opinion/review.

Posted by Hunka Hunka Burning Reviews at 3:32 AM