If your kids are like mine, they can't wait and they have no patience. They want to do something and they want to do it now. I am trying to teach them patience, but I don't have any myself, so it is not a simple thing to do. These water balloons really tested all of our patience. 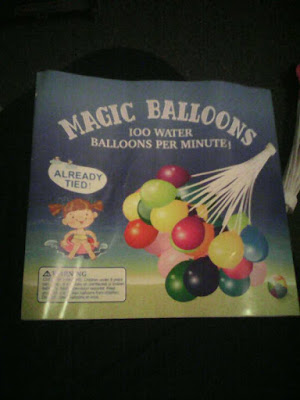 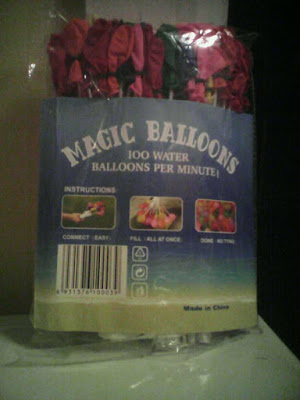 I have tried other systems just like this one, and I have to say that these ones came out the best! They made the biggest balloons, lasted longer, and filled up the best. I was nicely surprised by this after the other issues I had with some. These balloons come in a bundle, on the end of sticks with a rubberish ring around the top of each balloon. That way, when you fill the balloons, they all fill up at once instead of doing them one at a time like you normally would with water balloons. 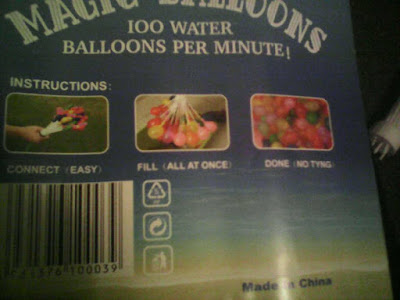 Get yourself a storage bin, laundry basket, or even a towel if you can't find anything else. If you find a bin, then get to a hose or spout and fill it up about half way or more with water. After that, put the bundle onto the hose with the water turned off. Then place it over the bin with the balloons in the water or on top of the water and turn on the hose slowly. You will see the balloons start to fill up, and once they get to the size that you want,  start moving the bundle around to get them fall off of their sticks and into the safety of the water, that not only protects them this way, but also makes sure gravity doesn't make the balloons fall off before they are too big. Then have fun! You can't or most likely can't move the storage bin because it will be too heavy, so make sure to fill them in the spot you want to have your water balloon fight. 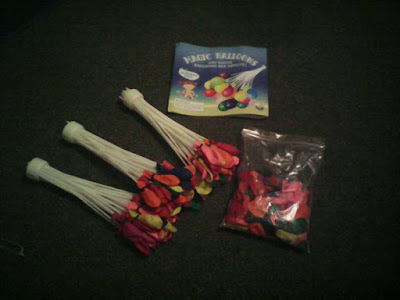 My first batch hurt a little bit. I wasn't sure how big I could make them so they were smaller and harder to break. I filled the second one as well and go them a bit bigger and they didn't hurt at all. The last go around, my youngest wanted to do it and her balloons were a lot bigger then mine. Our storage bin couldn't control the size of these and some fell over the side and broke. Only about 3 ended up this way which is great in my mind and only 1 of them didn't fill up the first try. None deflated on us, because we didn't leave them in the water long. 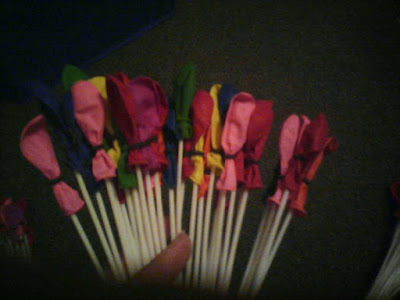 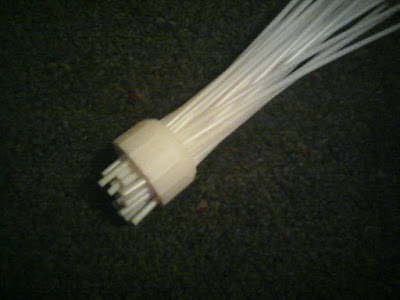 It took maybe 3 minutes all together to get these balloons filled and they probably lasted us about 5 minutes. The kids were bombing everything, including me and had a blast doing it. Since it was such a short amount of playing time, I was going to fill up the sticks with the refill pack that they sent...but then I found out the kids got into the balloons and there weren't many left. So we were done with the water balloons when I found this out. I did however show the kids how to load the balloons and the rings on, just in case we get a refill pack. 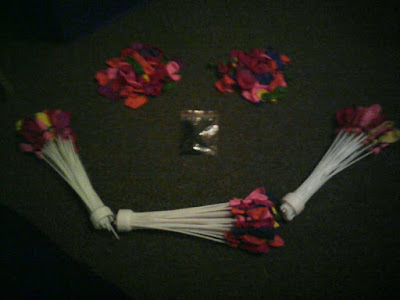 All in all, if you do this right, they will work and you will have fun! Head on over to the product page on Amazon, by clicking here. From there you can find out more about this water balloon kit, see what others are saying about it, and you can pick up a package for yourself. For the last days of summer or even for next summer!