I love black on black, no matter what the situation and it looks great in his case as well. Instead of a black body and stainless steel grey or silver, the body and accessories, are both black The logo in white reminds you who the business is, but doesn't take away from the appearance or throw the eye away from what should be the focus....the S.A.K style pocket knife. 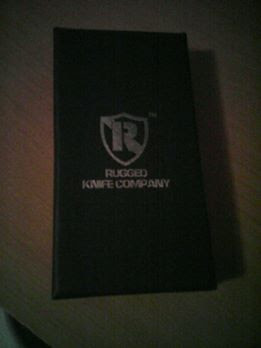 All the accessories seem to be made really well. Obviously they can be broken if you were hard on them or really tried to, but it would probably take a good amount of force. Just like with S.A.K's these fold in and out. They were pretty easy to grab and fold out. I have had trouble with others in the past. My husband has no finger nails, and the others were so compact that he had trouble getting them to fold out. This one seems to be easier for him. He hasn't complained about it yet and haven't seen him have any trouble with it. 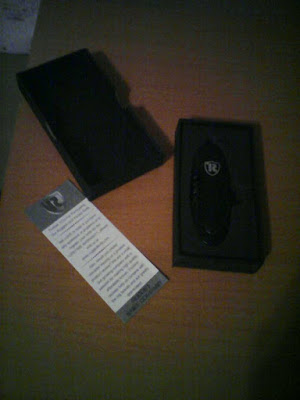 As far as use goes, It could be used for something every single day. With screwdriver heads, scissors, knife etc there is so much you can use this  for/on. If you are camping or find yourself in a survival situation, this pocket knife would be one of the most important things you could have. .It's small enough to fit in a pocket or bag so you can carry it any where. 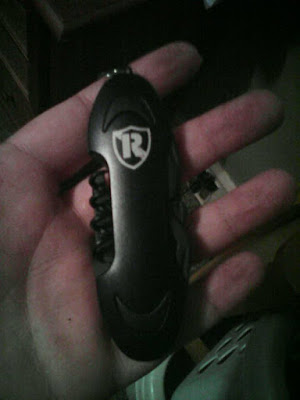 My husband only had 2 complaints. When we got the knife, it was a little loose. The accessories moved around a little too much and need to be tighten just a tiny bit. It can still be used this way, but has the chance of closing on you while you are using it. It hasn't affected him yet in anything he has used if for. The second is purely cosmetic. He like attaching his knives to his belt and wishes it had a clip attached to it so he could. Something about the speed he can get the knife out if it was on his belt instead of inside his pocket. 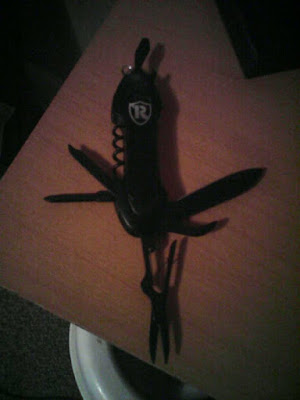 Besides those two things, we are very happy with this pocket knife. It looks great, from the color all the way to the shape. It fits in the hand well, which makes it easy to use and  move around. We have already used it to cut things open, remove bottle caps and screwing screws into the wall to hang pictures. Those are only a few things that can be done, there is so much that can be done! 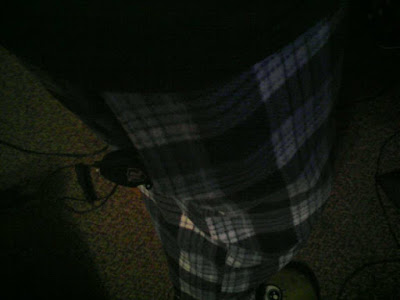 You can get this knife from Amazon! Head on over to the product page. From there you can find out more about this pocket knife, see what others are saying about it, and you can pick up one for yourself or someone you love!

Posted by Hunka Hunka Burning Reviews at 10:27 AM