I love chalk markers and I have reviewed a lot of them. I wanted to do things differently this time around. Don't want everyone getting bored! Plus it's boring for me to right the same types of things. None of the markers have really stood out as better then the others. They are all just as good as the others. I knew I was destined to find the best. 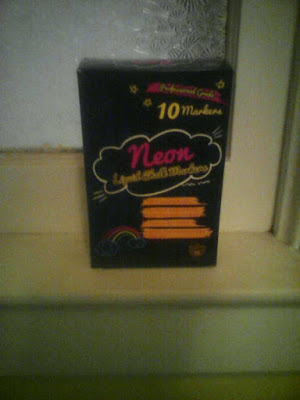 Beary Genius has a lot of qualities that are in line with the other chalk markers and a few that are better. Let me start off by saying, if you have seen one chalk marker, you have seen them all. The caps are all about the same and the body of the markers are as well. The only thing that made this one stand out, is the fact that it had a unique logo and a colored band instead of the normal black. 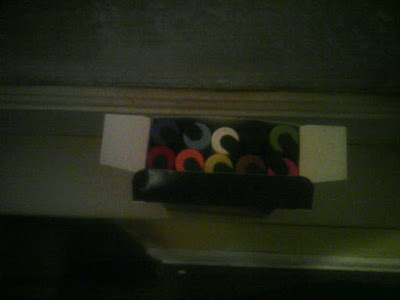 The tips on this are removable. On each end there is a different tip. One that I call a screwdriver tip, and the other which I call the classic marker tip. I tried out both and I tend to use and like the marker side of the tip, over the screwdriver. To me it is just easier to write with, and it made my writing look better. 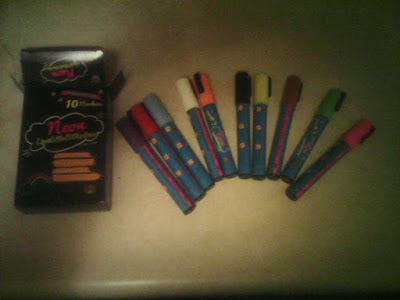 But...I started a new project which I will posts a few pics of, it isn't even close to being finished yet though. I need to color in large areas and the "screwdriver" side works well to cover larger areas in less time. They can be switched back and forth at any time even after use. I just took a tissue and took it out and flipped it over. 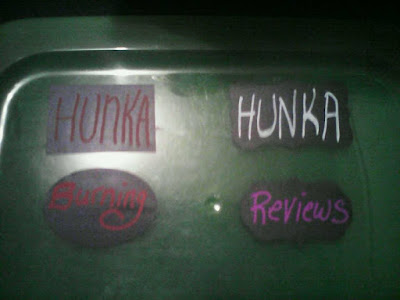 These markers can be used on a large variety of things. Including but not limited to:


I find they are just as effective and vibrant on everything I used them on. The colors are fantastic and really stand out! It was very easy for me to get creative with this set. Plus I had fun doing it! 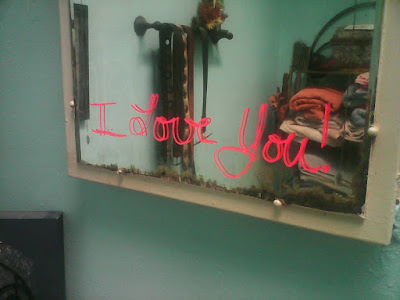 I found it is best to use these for a short period of time, if you are writing with the marker being held sideways instead of up and down. After awhile I noticed the marker would falter. I waited a few minutes and it was working as usual. I just went on to other colors while I waited so it worked out well for me. 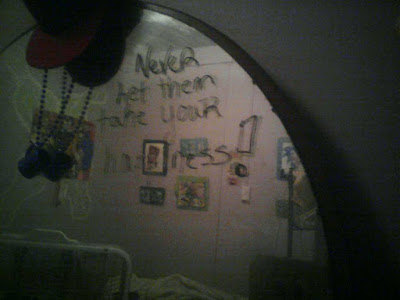 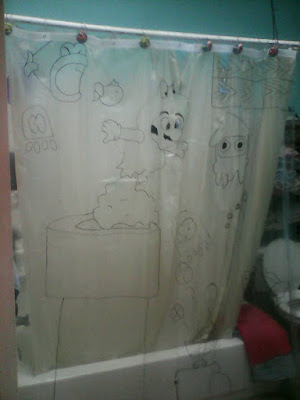 How to use these markers:

Remove cap and pull out tip to decide which side you want to use.

Push in tip on the side you want it on.

Remove cap and push in multiple time until you start seeing the tip fill up with the color you chose.

Have fun and remember to put the lid back on tightly.

A little water and a tissue will wipe it right off.

I think I had the most fun with these markers then any other the others, possibly because I did different things, but maybe because they are better then the others. Either way, these are great quality markers and you will have so much fun with them. 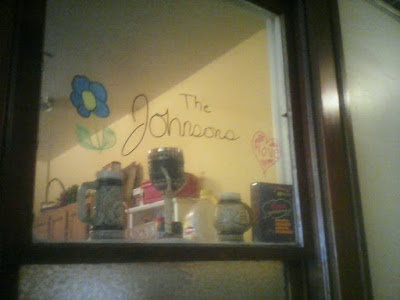 Need some great quality markers that will make your net project look amazing? If you said yes, then you need to check this set out! Head on over to the product page on Amazon. From there you can find out more about this set, see what others are saying and doing with their sets, and buy a set for yourself!