When it comes to fads, it seems like everyone jumps on board for at least a little while. Even if they don't physically make the stuff, they will still wear them. Fads come and go so quickly, who is to say how long any of them will last. I decided to jump on the loom band fad. I know I am a bit late, but better late then never. 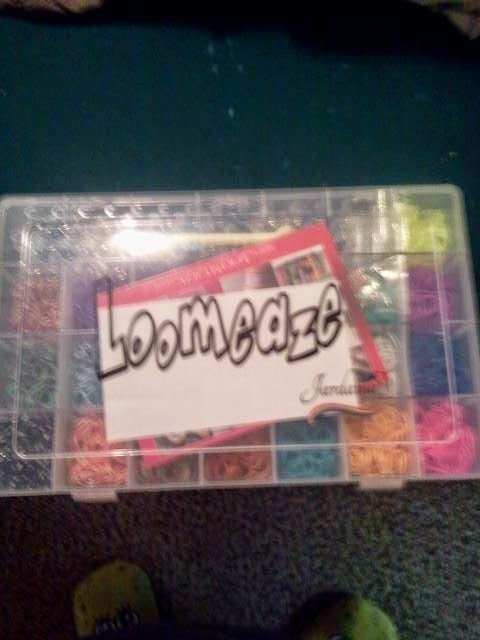 I have been interested in them since I reviewed a set of bands. I started out not using the loom so I knew that when this set came I would be lost, but I knew that Youtube would help me out A LOT! There are so many creative people out there making amazing items from loom bands and I wanted to make some of them too! 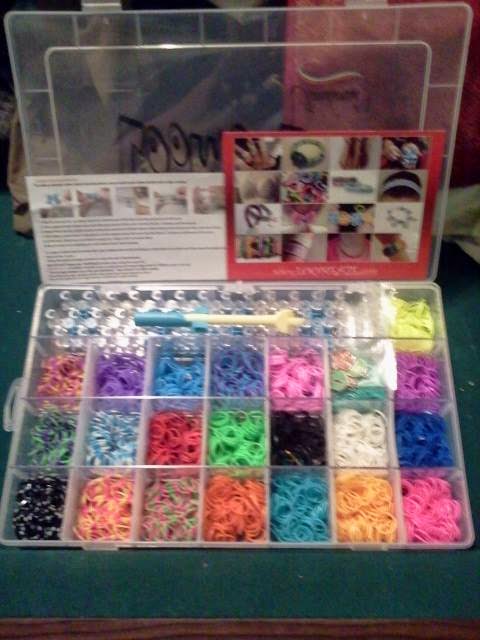 When this set came I was really excited. They even wrote Loomeaze on the outside of the package so I knew exactly what it was. I ripped it open and was amazed at what I saw. It came in a cute carrying tray. I am familiar with these trays from my younger days, when I made hemp bracelets and needed a place to keep my beads. I am not big on these trays, but more about that later on in my review. 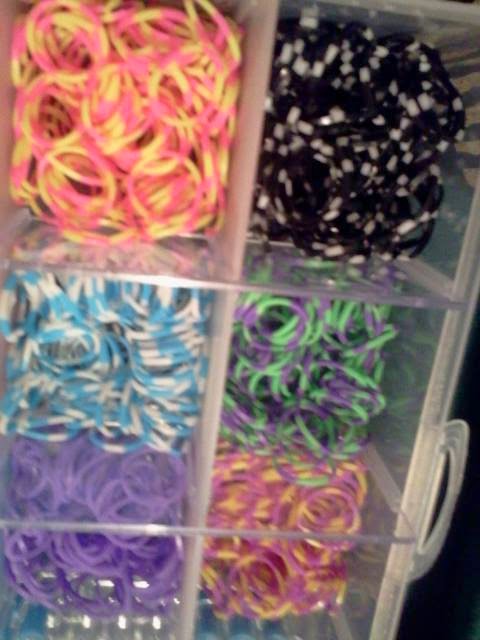 It didn't seem like there were very many rubber bands in this set. There were a lot of colors but the bands are so small, they don't seem like a lot. After checking it out, I ended up dropping the whole case on the ground and I found out how many bands are really in it! It took me hours to pick up all of these bands and get them back into the colors that they are suppose to be in. 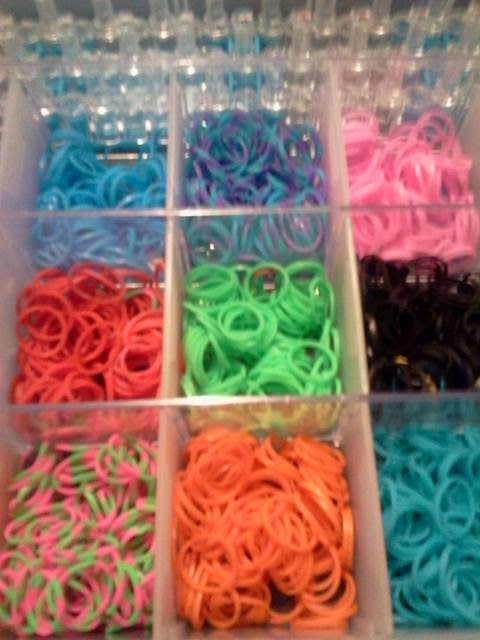 Not only did this set come with the full sized loom, it also came with the mini loom piece and a hook. The bands come in 22 different colors, each in their own spot in the carrying case. Charms are included as well. I assumed these would be cheap looking charms, but they are actually really cute. Lastily, it comes with s clips. I personally use a bunch of these so I was happy to see just how many they sent. 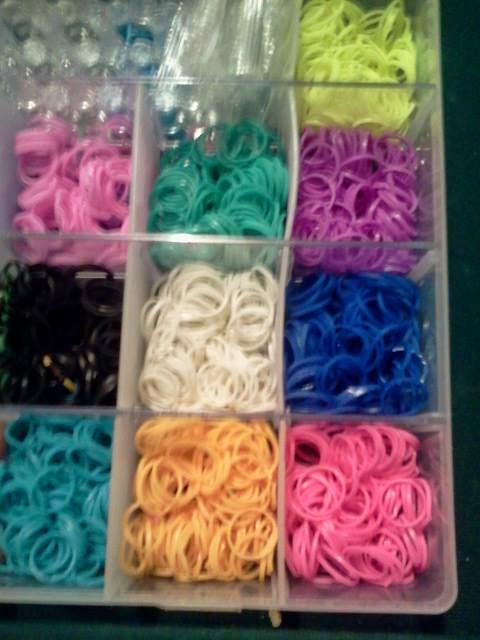 Now back to the carrying case. It is plastic. It seems to be a good plastic though. There are dividers on the inside that are suppose to keep the colors in their own area. These dividers though, don't stay in the case. They lift up or fall out of their slots and then the bands mix all together. It is really hard to keep the dividers in and working the way that they are suppose to. Also the loom sometimes hooks on the divider and it pulls apart in that way as well. Maybe if the loom was a tiny bit skinnier, this wouldn't happen. But it's not all bad, the outside latches well, so you don't have to worry about it coming open and bands flying everywhere and the dividers can possibly be fixed so they don't come out at all. A little glue might do the job! You won't be able to make the slots bigger later on, but it will work for whatever size you want the slots to be. 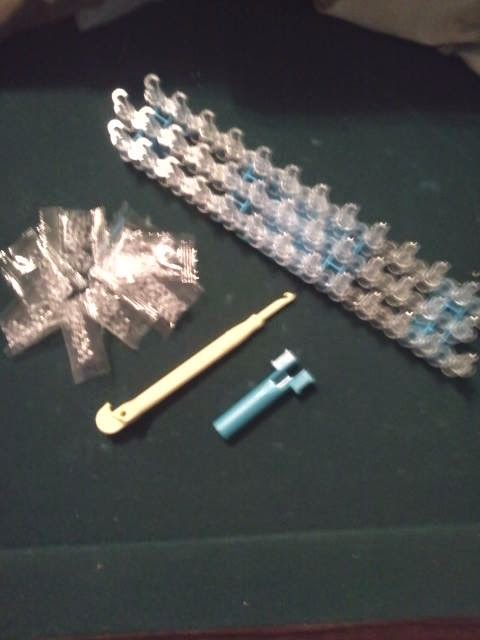 The bands themselves, are pretty well made. I have only had a few break on me. Which if you make things with loom bands, you know how annoying that can get! the colors are nice and they stretch pretty far before they break. These would be great bands to use to make anything you are wanting to attempt to make. 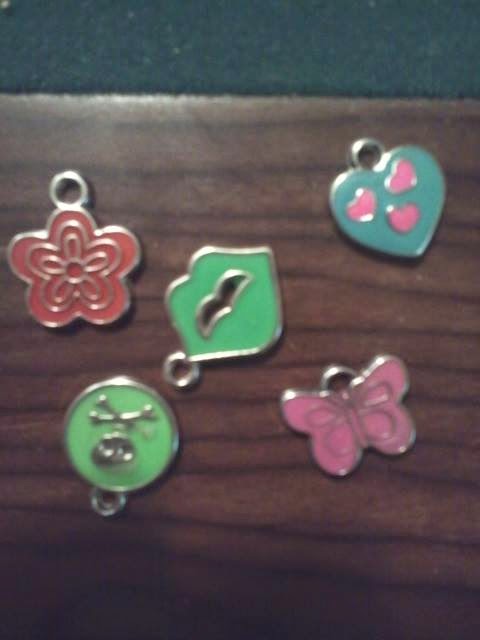 The loom is well made. It is put together well. The bottom parts come off so you can modify the loom in a few different ways. You can use just one line, 2 lines, or use it as it comes. All the ways make some cute things. I haven't felt that the loom may break at any time, but it does make some creaking sounds. The hook and mini loom are made of great materials as well and I have used them to make a lot of items as well. 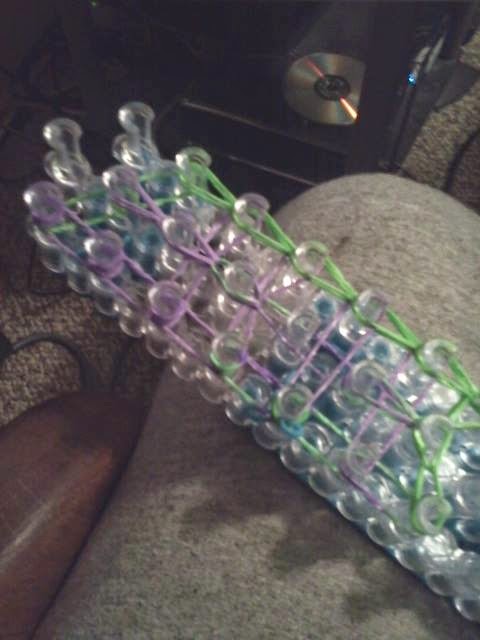 This set has it's good qualities and some bad ones as well. Overall though, the good trumped the bad, and I was able to really enjoy this set. I have been using it for awhile now and have made a lot of bracelets, but I still have a bunch of bands left. If this company sells just the replacement bands, I may consider buying bands from them in the future! 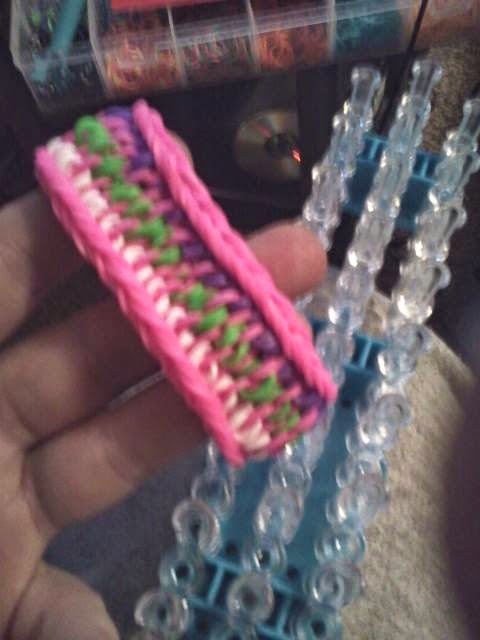 I had a good reaction to this product, but not everyone is the same. So don't take my word for it, head on over to Amazon by clicking here. From there you can find out more about Loomeaze, see what other people are saying about Loomeaze and buy a set for yourself! 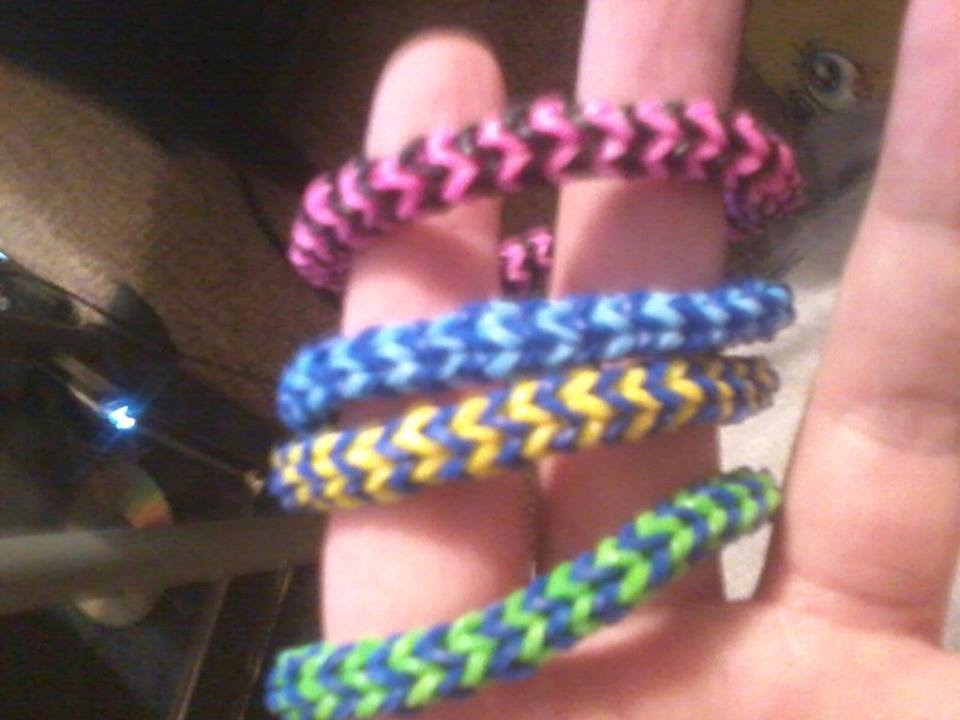 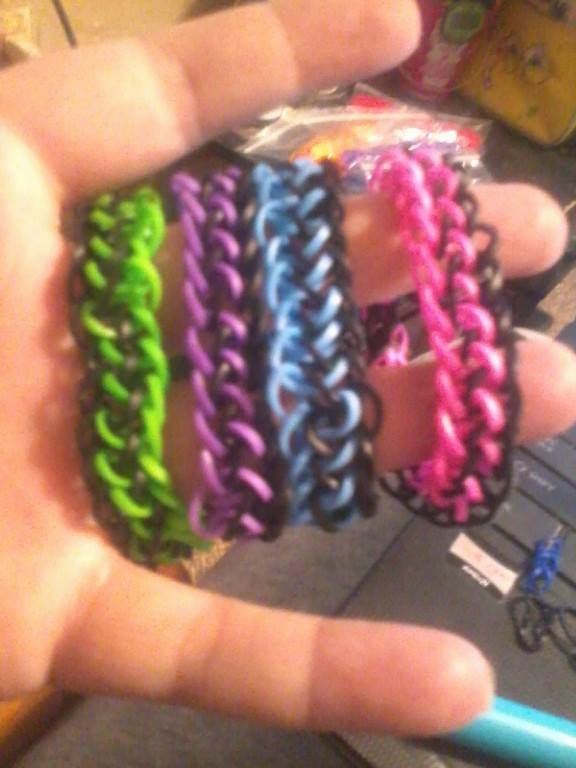 I received this product for free in exchange for my honest and unbiased opinion/review/feedback.