There are so many new toys that have come out since I was younger. They have advanced in some incredible ways, you never know what they will come out with next. Sometimes it is nice just to stick with the classics. Dinosaurs will always be classic. Kids can really show their imaginations off while playing with them. Even though I am a girl, I really got into dinosaurs after watching Jurassic Park. That movie really made them come alive to me. They became real to me and opened up a whole new world. 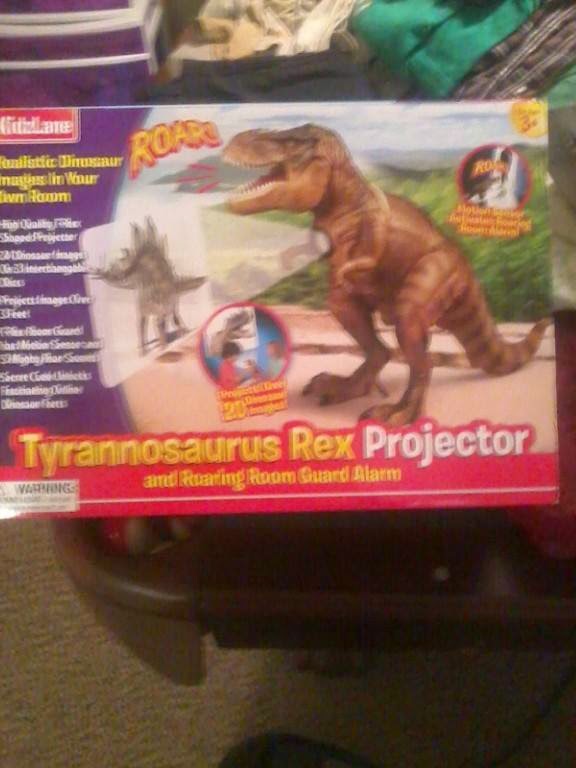 This dinosaur is not just to play with. It does many different things and it is pretty awesome. I wasn't sure how big it would be, because I really didn't pay attention to the size of it when I ordered it. It came already put together which is always a great thing when you have kids. Especially kids like mine, that don't want to wait to play with something. The only thing you have to do is pop in batteries and the slide into the back of the T Rex, and it is ready to go. It is so simple to use, my kids figured it out after me showing them one time. Which as a mom it is also really nice to have toys that they can work so they aren't having to ask all the time. 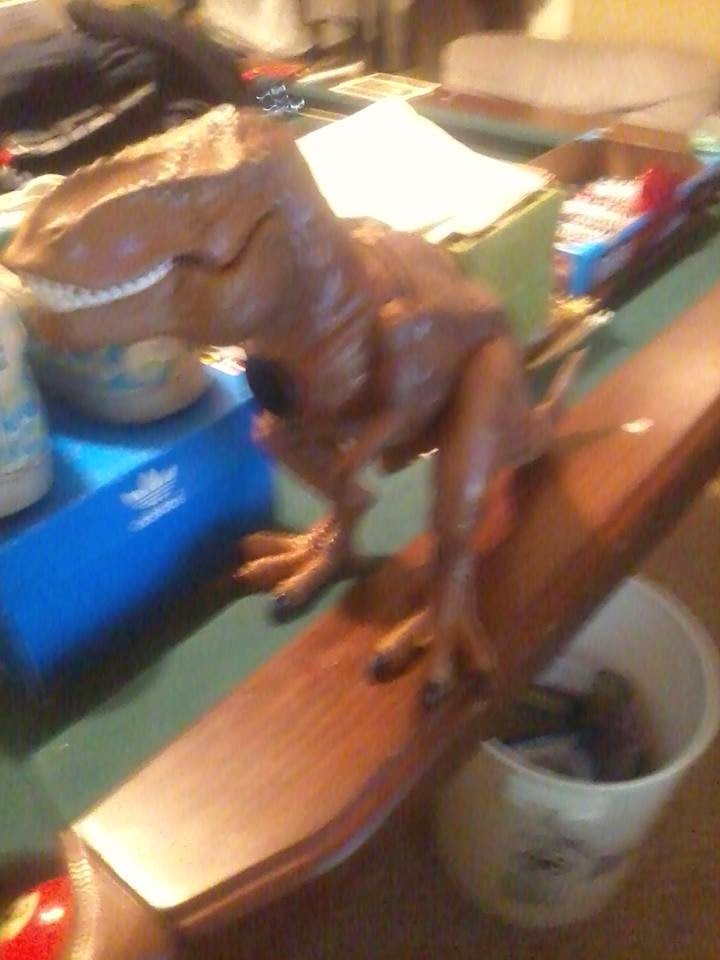 One of the things that this T Rex does, is it is a room projector. It comes with 24 different images that can be projected anywhere. Although the best place I have found to project the images, is our nice big white wall that has no pictures or anything on it. The images come out really clear and they were over 3 feet tall. So they are pretty big images and the kid's are actually learning. They wanted to get on the computer and find out about all of the different types of dinosaurs after seeing them. One thing that I think would make this part even cooler is if it was on some sort of timer. Say if your child has trouble sleeping, you could face this towards the wall and have it go through the slides for however long you set the timer for and then it could also be a night light and it wouldn't waste all of the batteries because it would shut itself off. 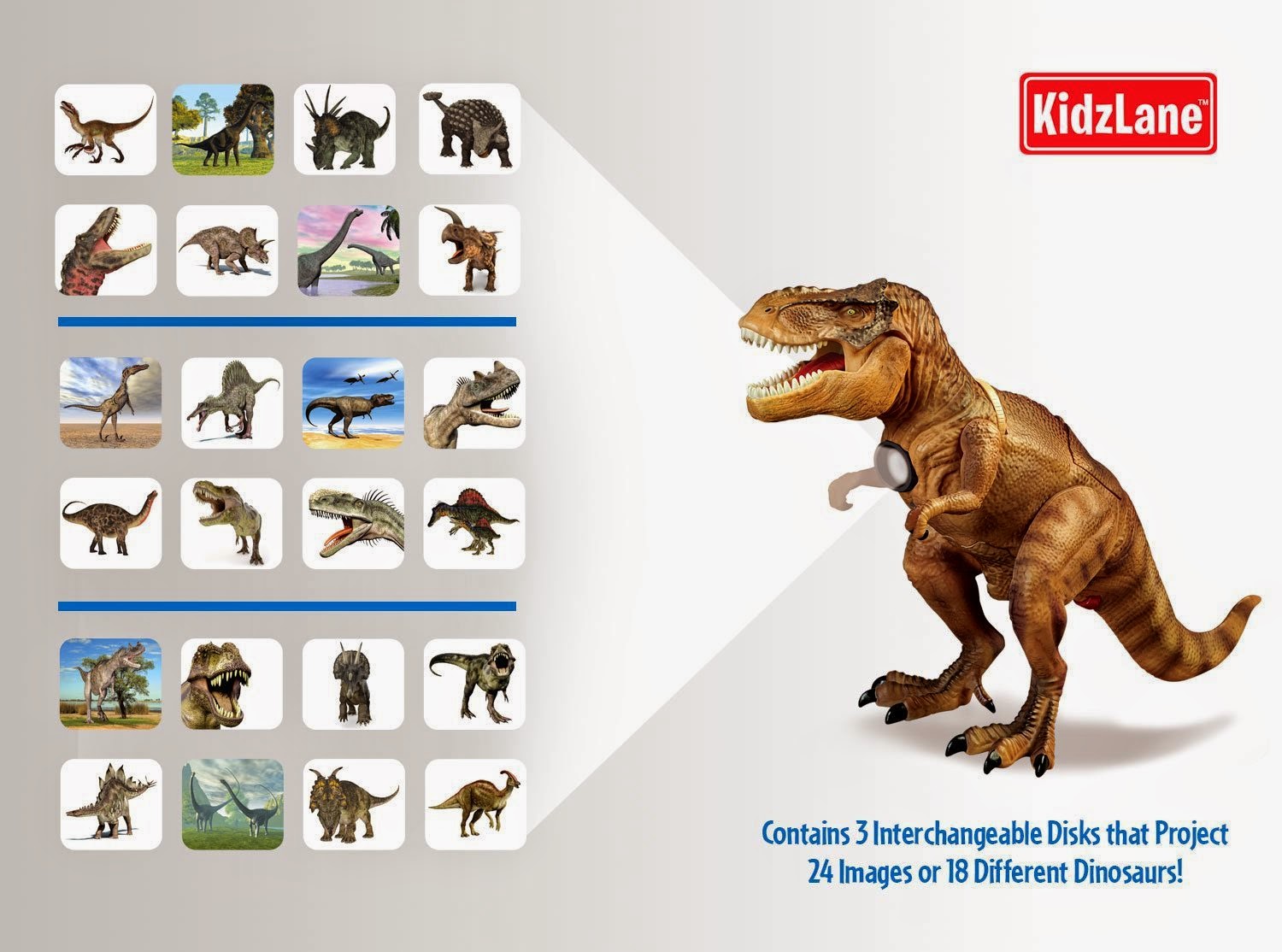 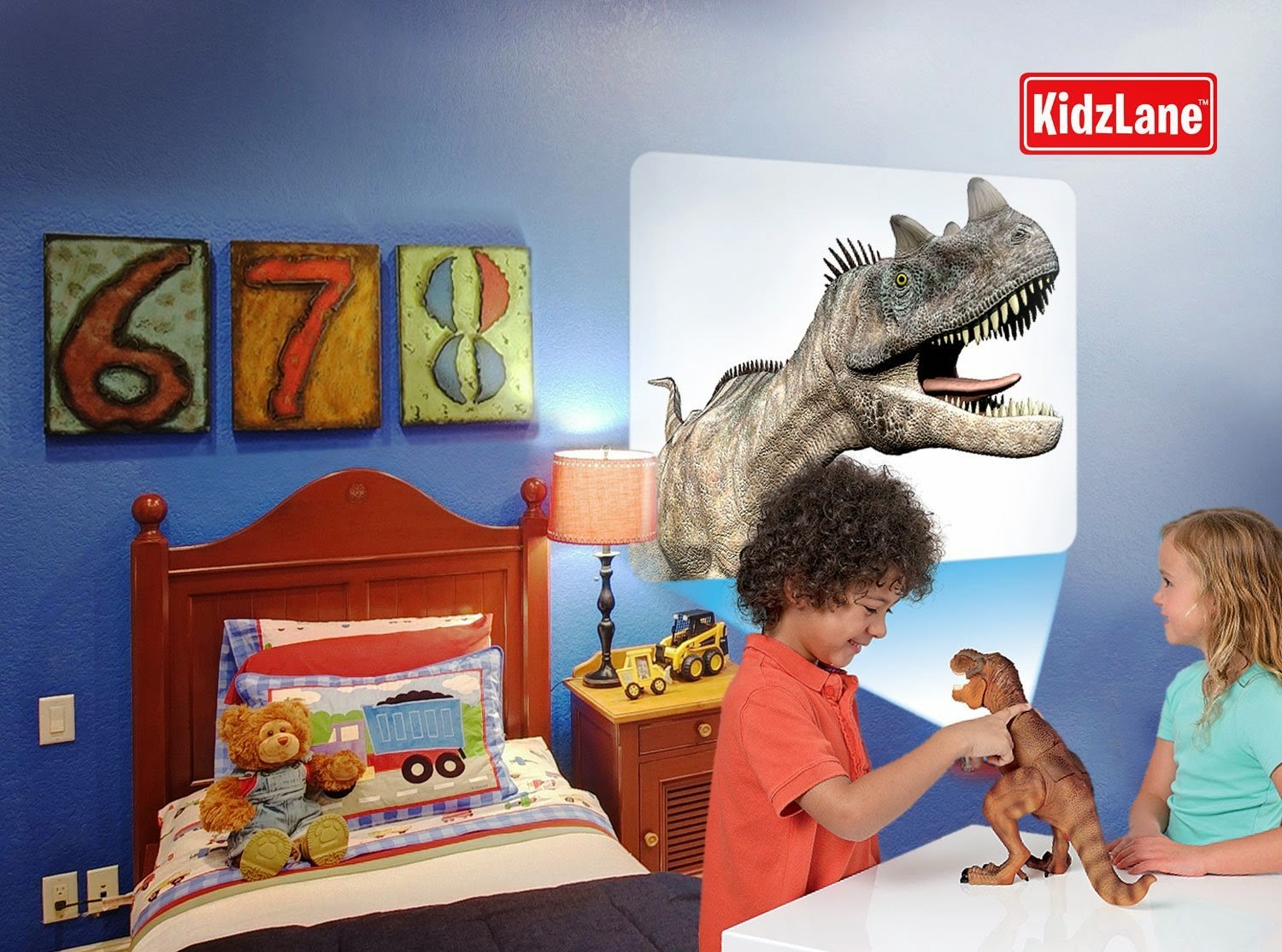 It can also be used as a room guard. My kids think this part is so cool. They sat it by the door of my son's room and were playing like nothing was happening and I walked in to see why they weren't playing with their new toy anymore and it scared the crap out of me. it has five different roar sounds so it scares me every time with a new sound. The sound quality, is pretty nice. I am sure it is because of the brand new batteries that were just installed in it, I am interested to see how it will sound when the batteries start to run down. Another good thing is that it isn't too loud to wake up my son. I walked in to give him his night time kiss after they had been in bed for awhile and forgot all about it and of course it scared the crap out of me again. I look over and he was still out of it. I decided to leave it on because I figured the batteries should be good since it isn't really running. It's just waiting until the next time it can scare the crap out of me. 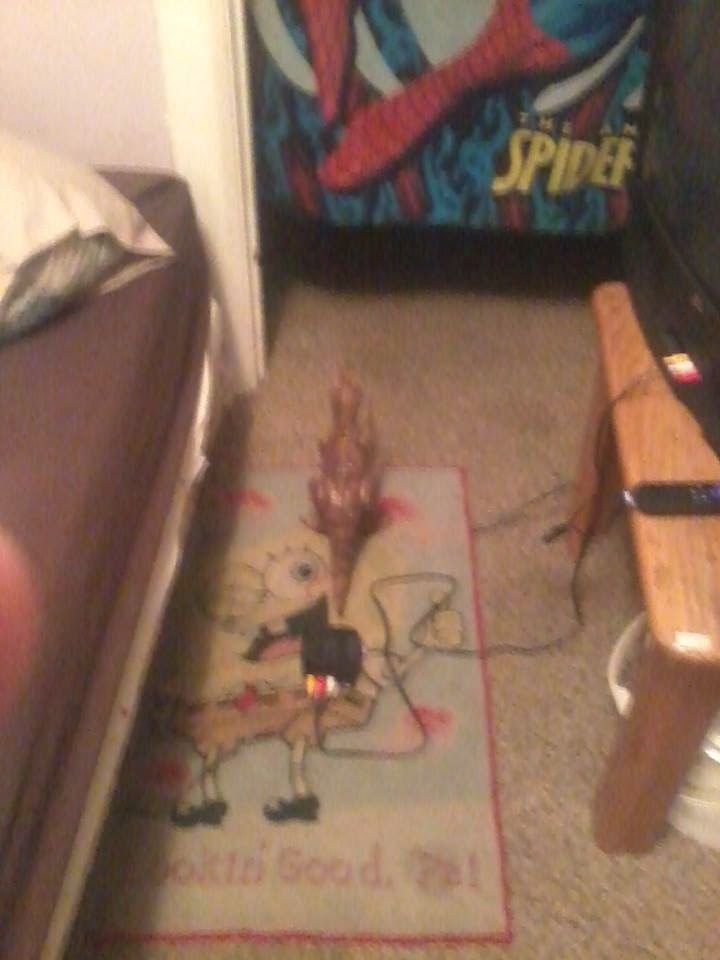 Yet another use for this product, is good old fashioned playing. The kids got out all of their toys and just went wild with all sorts of different stories. It is a lot bigger then their other dinosaurs so it was kind of awkward for their little hands. But since it really isn't for play time, that is kind of expected. I even saw them set the toys up and turn the projector on and act like the toys were watching a movie. I wish I still had their imaginations but it sure is fun to watch them play.

My kids and I had a blast reviewing this T-Rex. I really recommend it, not just for kids who love dinosaurs, but for all kids who have a vast imagination and want to learn more about dinosaurs. My son says it keeps his sisters out of his room when he wants to play alone, which also helps with the fights. It's for ages 3 and up but my 9, 10, and 12 year old are really enjoying it and didn't even notice the age on the box. Usually if they notice I get the same line "Mom this is a kid toy, we aren't kids anymore."

If you would like to find out more about this product or buy it for your kids head on over to Amazon by clicking here. Everything you need to know, that you didn't find out from me is on there. I hope to hear about the dinosaur who protects your child's room. If you have any questions or if you get one for yourself and want to talk about how awesome it is, then just comment below!


I received one or more of the products mentioned above for free using Tomoson.com. Regardless, I only recommend products or services I use personally and believe will be good for my readers.
Posted by Hunka Hunka Burning Reviews at 11:42 PM