In this day and age you don't have to guess at anything. You can throw something on a scale and find out exactly what it weighs. My grandma use to measure things by sight but that doesn't really work out too well for me. Whether it be ingredients for cooking or an envelope that I am going to mail, I need to know exactly how much something weighs or I am thrown for a loop.

I mail a lot of things to people these days. Even though the post office is right behind me. Like shares a parking lot with my apartment building right behind me. I find it a lot easier to go onto a site like stamps.com and just print out the postage and then drop it into the box outside the post office. I printed so many of them that I ran my printer out of ink and I need to get a new one. I could never use something like this before because I didn't have a printer to know exactly how much postage was needed. So my poor printer was safe until I got Smart Weigh in the mail. 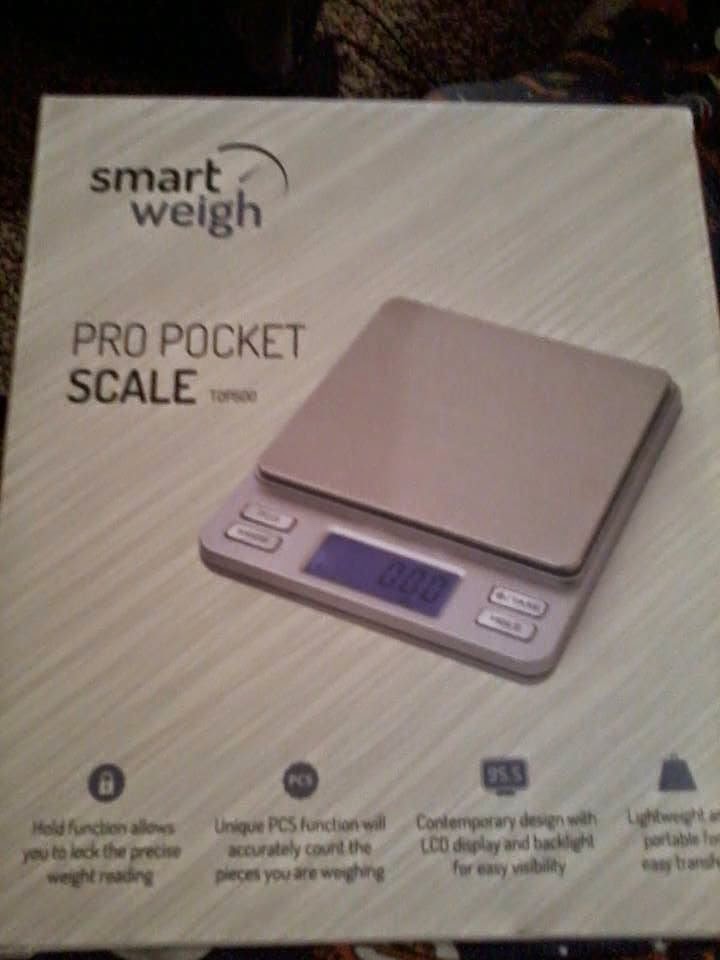 As soon as I got it though I opened it up and I thought it was really cool that it comes in a case. I later found out that they double as trays so when you are measuring out ingredients, you won't get your scale messy with any of it. I had other mail that I also got that day and it said how much the package weighed so I left everything in the bubbled mailer and I threw the batteries in the smart weigh, turned it on and put the package on top. It came out almost perfect, just a tiny bit over but nothing to be concerned about. It has a light up LED screen which is pretty awesome and makes everything really easy to see. It is very simplistic with only a few buttons. When I was done I tried to find the off button and found out that you can't turn it off, it goes off by itself after two minutes of not being used. I really wish it came with an off button but I guess you aren't using too much of the battery life with only two minutes. 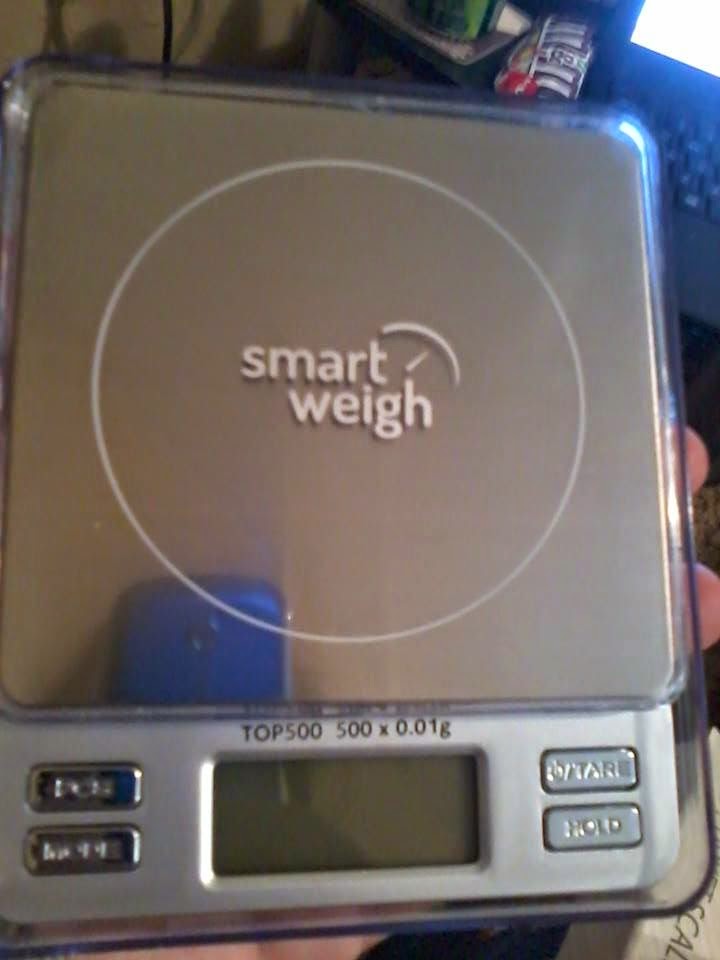 I love how well this product works, how it is packaged, and how light and portable it is. My only real cons with this, is the fact that it was a little bit over on the weighing part ( but a quick calibration will fix that), and the fact that there is no off button. They aren't big things to worry about and the pros definitely out weigh the cons. If you have things to measure, you really need to check out this scale. It's sleek and will look amazing on your desk top. You won't have to hid it away so that no one can see it and that way it will be there for you to grab and use quickly! If you want to check out more about Smart Weigh, see what others are saying, or order it for yourself check it out here on Amazon! I received one or more of the products mentioned above for free using Tomoson.com. Regardless, I only recommend products or services I use personally and believe will be good for my readers.
Posted by Hunka Hunka Burning Reviews at 10:53 PM