As a Bzz agent I get to try out many things that I wouldn't normally buy. I think it is safe to say that we all have nose problems sometimes so when I got offered to try Afrin I was ready for it. I was a bit worried though as I know some people who have gotten addicted. While I was waiting for it to come I did some research and found out many people have been. It is highly addicting if not used per the instructions. So I wanted to make sure that when I got it I followed it to the T! 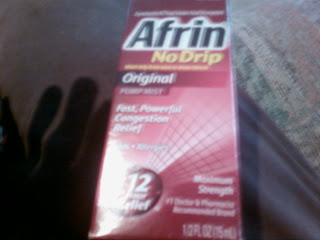 It was a nice sized bottle and it came with coupons for me to hand out to people I know that were interested in trying it out. I had never actually seen a bottle of it so I was anxious to open it up and see what it looked like. 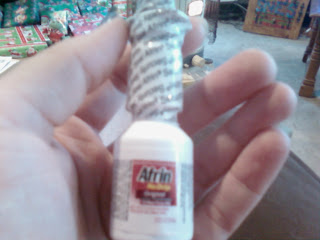 The first time I tried it I felt weird because I am not use to sticking things up my nose and didn't know how it would feel. Some people say it burns but it didn't burn for me which made me happy. It worked right away which was shocking but nice but it made my nose drip like a leaky faucet. I don't know which was worse the before or the after. If used correctly you are fine I don't feel the need to keep using it like someone would if they were addicted. If used for longer then the time allowed it will continue your need for it its a viscious cycle that I was not willing to enter. I haven't used it more then 2 times but both times it worked but the nose running is just too much for. The positives didn't out weigh the negatives.

As far as purchasing this product, that will probably not happen. Everyone is different though so sure I will recommend Afrin as long as everyone knows the risks and what could happen if it is abused. So try it out if you wish maybe it won't turn you into a leaky faucet like it did me. #ImABzzAgent #GotItFree
Posted by Hunka Hunka Burning Reviews at 12:01 PM